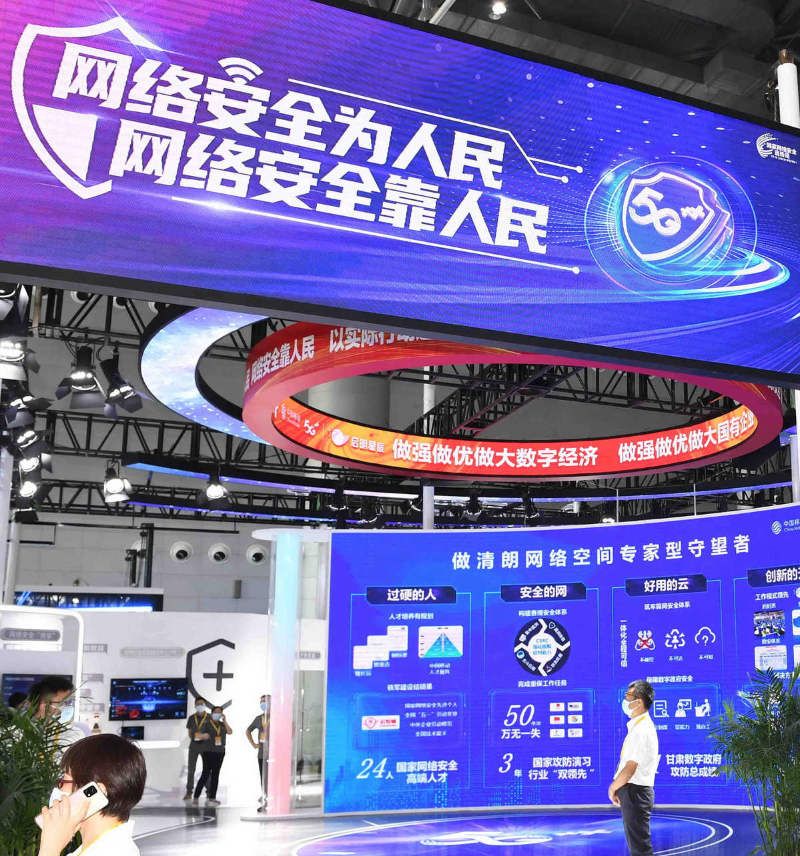 “We should build a nationwide integrated system to safeguard key information infrastructure, such as the industrial internet,” Zhuang Rongwen, director of the Cyberspace Administration of China, said during the ceremony held in Hefei, Anhui province.

To improve cybersecurity’s industrial development, the country should accelerate building a national cybersecurity talent and innovation cultivation system, which will reinforce the roles of enterprises, scientific research institutions and colleges, according to Zhuang.

To serve these purposes, authorities launched the country’s first batch of pilot areas for the integrated development of cybersecurity education, technology and industry during the Monday event.

The areas include the national high-tech industrial development zones in Hefei, Changsha and Jinan, as well as in Haidian district in Beijing and Yanta district in Xi’an.

“In the past, when we talked about cybersecurity issues, it was often about the crashing of a digital system. However, the issue is increasingly connected with our daily lives and production activities, like how food safety affects all of us,” Zhao Zeliang, deputy director of the CAC, said at the summit forum held after the opening ceremony on Monday morning.

“Now society is facing increasing cybersecurity threats and risks such as telecommunication fraud and infringement of privacy,” said Zhang Hongwen, vice-governor of Anhui, who urged for more R&D and the mastery of new technologies to address the challenges.

The cybersecurity industry itself is also in urgent need of digitization to take advantage of such technologies as cloud computing and artificial intelligence to quickly discover loopholes and provide solutions, said He, an alumnus of Hefei-based University of Science and Technology of China.

Cybersecurity technologies can improve people’s lives, and so the cybersecurity industry itself can also be a new pillar for economic growth, according to participants of the forum.

With more than 150 companies engaged in the cybersecurity industry, Hefei has been building the China Security Valley in recent years, with the core area located in the Hefei high-tech zone, according to Zhang.

The Hefei government said the cybersecurity industry has created around 50,000 jobs in the city, which yearns for more such talent.

Anhui marks the country’s latest development achievements in quantum information, as Hefei-based institutions and companies were the main developers for the Beijing-Shanghai Trunk Line, the world’s first and longest quantum communication network, according to Zhang.

Originating from the USTC, Quantum CTek itself is a result of the integrated development of education, technologies and industry, and the company will further cooperate with colleges and universities to cultivate more talent for the cybersecurity industry, said Zhou Lei, project director of the company.