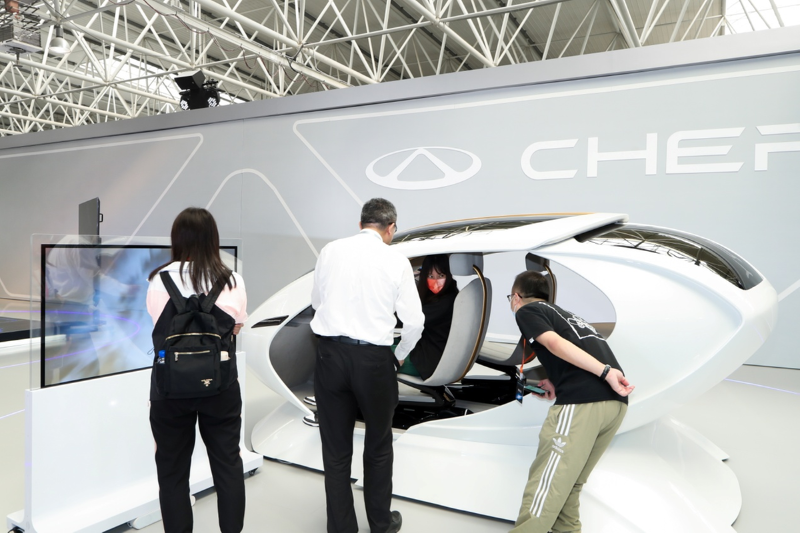 A smart cabin attracts visitors at a Chery event on Sept 16, 2022. [Photo provided to chinadaily.com.cn]

Chinese carmaker Chery is to spend 100 billion yuan ($14.25 billion) in five years to sharpen its competitive edge in such fields as electrification and smart cabin features.

It will also build a network of six research facilities in China, North America, South America, Europe as well as Central Asia, employing over 20,000 engineers, said the carmaker.

The carmaker also presented a concept vehicle at the event, showcasing Chery’s ideas in the aspects.

Chery Chairman Yin Tongyue said the Yaoguang 2025 plan is a new effort for the company, marking the start of its transition into a global technology company.

As part of the plan, Chery is building three platforms for electric vehicles, including one for premium vehicles.

Yin said the company will launch a model in September 2023, which will rival Tesla’s products.

He said electrification will become a driving force of the company, adding that Chery’s NEV marque, now called iCar, will grow its sales to 1 million units.

Chery is one of the major Chinese carmakers. It sold 749,000 vehicles in the first eight months this year, up 30 percent year-on-year. The carmaker’s sales goal for this year is 1.5 million units.