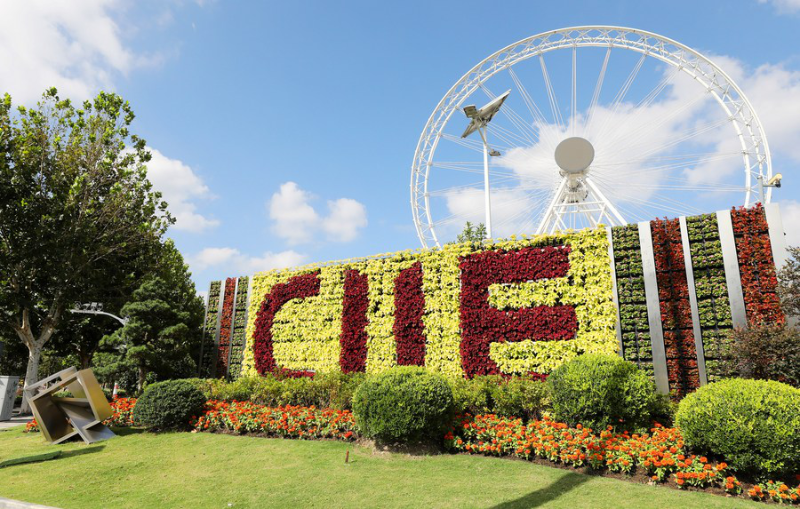 SHANGHAI — The fifth China International Import Expo, set to be held a month from now, is in its final preparation stage with foreign companies eager to gain access to more market opportunities.

The expo, to be held in Shanghai, is on schedule despite the recurring impact of COVID-19, and will showcase the country’s commitment to further opening up its massive market for shared growth.

As the fifth CIIE approaches, exhibits are arriving in Shanghai via various means. On Sept 20, the first shipment of inbound exhibits, with a declared value of 560 million yuan ($78.70 million), cleared customs at Shanghai Pudong International Airport.

The China-Europe freight train has also become a popular choice for transportation among companies attending the CIIE, said Wang Jinqiu, chairman of Shanghai Oriental Silk Road Multimodal Transport, adding that this is the second year that the service has been used to deliver products to the CIIE in Shanghai.

According to Shanghai Customs, the peak of exhibit arrivals is expected to occur in October.

Shanghai Customs said it will continue to optimize the clearance process for exhibits and provide safe, convenient and efficient customs clearance services.

Sun Chenghai, deputy director of the CIIE Bureau said the work of inviting enterprises to participate in the fifth CIIE had been completed and positive progress is being made in terms of setting up exhibitions.

Thousands of miles away, Roy van den Hurk, general manager of Theland Global R&D at Milk New Zealand Dairy, is busy applying for his visa to attend the coming 2022 expo.

“China’s huge consumer market helps foreign trade enterprises like us to find opportunities in the green food industry and promote global economic recovery,” said van den Hurk, who has participated in the event three times before.

The expo has helped the New Zealand company to embark on the “fast track” of development in China, van den Hurk noted, as Theland products are now even available on the shelves of supermarkets in small counties in central and western China.

Data shows that more than 280 of the world’s top 500 enterprises and industry giants will participate in this year’s CIIE, with nearly 90 percent of the participants from last year also joining this year.

Will Song, global senior vice-president and China chairman at Johnson & Johnson, said that over the last four years the company had debuted dozens of products at the CIIE, and this year at the fifth expo it will unveil about 40 new products to China.

China’s Vice-Minister of Commerce Sheng Qiuping said the CIIE has given full play to its role as a window for building a cooperation platform for those engaged both at home and abroad, and has become a place for exhibitors to debut their new global products, cutting-edge technologies and innovative services.