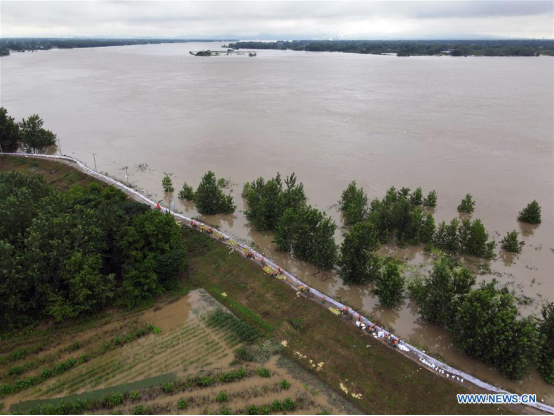 Due to heavy rainfall, the water level has been constantly rising in Chaohu Lake, China’s fifth-largest freshwater lake, in Auhui. The level at the Tangxi hydrological station of Chaohu Lake reached 12.77 meters on Sunday, higher than the warning levels, according to the provincial flood control authorities.

The situation is expected to worsen as local weather authorities have predicted more rainfalls on Tuesday.

Since the beginning of July, the floods in China have affected over 23.85 million residents in 24 provinces, autonomous regions and municipalities including Jiangxi province, Hubei province and Chongqing, resulting in 31 people dead or missing, and economic losses of 64.39 billion yuan.