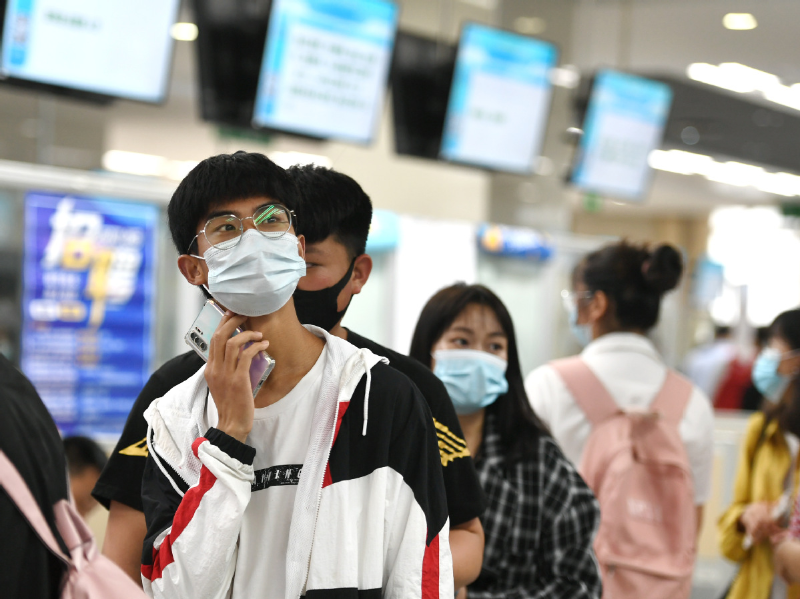 As graduation nears, university students look at company profiles and available positions at a job fair in Nanjing, Jiangsu province, on May 16, 2021. YANG SUPING/FOR CHINA DAILY

The Ministry of Education said on Tuesday it will make the utmost efforts to ensure college graduates find fuller and higher-quality employment amid a record number of students graduating from university next year.

China is expected to have 10.76 million new college graduates next year, up by 1.67 million from this year, with the total number of graduates and the growth volume both setting records, said Wang Hui, director of the ministry’s department of college student affairs.

The country’s economy is resilient and the economic fundamentals remain strong in the long term, which has laid a solid foundation for ensuring stable employment for college graduates, Wang said at a news conference.

Some graduates find it difficult to find jobs while some companies also have trouble hiring new employees, Wang said, adding that employment demand and supply varies greatly among students according to majors, industries and regions.

The employment situation of the 9.09 million college graduates this year remained stable thanks to the concerted efforts of central and local governments, universities and enterprises, he said.

Great support has been given to encourage graduates to work at grassroots levels and enlist in the military, while the hiring process for government institutions and State-owned enterprises has been moved forward a month, Wang said.

Local governments and universities have made specific plans to help graduates from low-income families find jobs, and as a result, they have had a higher employment rate than other students, he added.

As the internet and communication industry is developing rapidly, the company will try to provide more and higher-quality job posts to new graduates, Yang said.

It has signed cooperation agreements with 26 universities and incorporated the company’s professional skills into the training of the students so they can better meet the needs of the industry, he added.